Thank you for visiting!

FRONT COVER OF MY BOOK﻿ 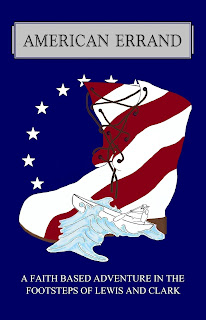 BACK COVER
(click on back cover to read summary of story) 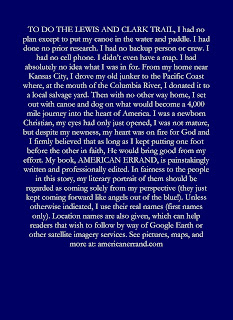 Mark in Kansas: “I was dragging myself to work in the morning because I couldn’t put it
down at night.”

Longtime Mayor of Blunt S. Dakota: “The book arrived last Saturday. And I read it and was
done on Monday. I found that every time I laid it down to do something, I could hardly
wait to get back to reading again.”

Mike in Idaho:  “I have to wonder if you even know what you've achieved...  Your story is
coming right down the street of the folks - it's a journey into the center of the heart of God
himself.”

Randy in Colorado: "I put off some chores and honey-do’s that needed to be done to reada little of your book Saturday morning - I ended up reading all day and a good part of yesterday. About 7:00pm my wife commented, ' you’ve been reading that book all day, can you
put it down long enough to eat dinner?' "

Harold in N. Dakota:  “Just completed your book I am a slow reader but it was great it
is the first book I have ever read all the ways had trouble keeping a interest in a book but your
book did that I was very pleased to be able to do that being I am 68 years old...”

Marceil in Kansas: "I stayed glued to American Errand, reading on Labor Day weekend, between activities on an antique auto tour. The author's incredible determination was amazing. Surely only by the grace of God did he survive to tell his adventure."

Photographer in Vancouver, WA:  "I read your book with gusto - it held my interest throughout."

Director of Sales for software firm in Kansas:  "Thoroughly enjoyed the read."

Retired Newspaper Publisher in Maine: "…enjoying your book very much."

Cynthia in Illinois:  "James, 4 am... just finished your book. my eyes are tired but my heart and soul feel refreshed and my faith in God even stronger."

After completing the Lewis and Clark Trail, I spent the next five years writing my book, “American Errand.” During this time, I supported myself by working part-time at a large ranch that bordered the property where I lived and eventually I moved my Winnebago and Bus onto the ranch. By such means, I afforded myself a great deal of time to write my book. After completing my book, I had planned to market it, but I gave up my plan because, my heart was in turmoil…I knew God had a different plan for me. God wanted me to go and tell people what He had shown me in my journey, traveling 4,000 miles through America in the footsteps of my forefathers and mothers. My book American Errand was well written but not mature enough to relate such a message. I guess I was just stumbling along in faith. I sold my few remaining disposable assets like my skid loader, etc, and with the proceeds, purchased a draft horse, wagon, harness, etc. Also, I traded my quarter horse to a Amish trainer as part payment for showing me how to wagoneer with draft horses, and for shoeing my draft, and he did a truly excellent job. I should add here that I am not a cowboy, I say this out of love and respect for the real cowboys, men who work cattle from horseback, or rodeo, or both. With fond smile I remember how the ranch hands, foreman, and owner would laugh, and today I laugh with them because it had to be a funny sight to see, what with my draft horse being such a spirited girl, tied to a strong post, and me up in the wagon seat behind her, whereupon turning us lose, she would explode with all her 1,800 pounds of muscle and power, and me flying and bouncing along behind in the wagon. In fact, it wasn’t long before she pulled the wagon in half! Yep, I had to reconstruct it to withstand her strength. She eventually calmed, and became a truly bomb-proof horse and trusted partner! Then with prayers that God lead the way, I set out on a faith-based mission, traveling the gravel roads of rural Kansas by horse and wagon, going from farm to farm, and town to town, delivering a message of faith to my people, the people of rural and small town Kansas, and America, and all that would put their faith in God.


My mission, which I am still doing today, includes the booklet pictured below:
The booklet pictured above is free, and is much more important than my book, “American Errand.”
I handout my booklet to the folks I meet on the trail, and you can read it for free simply by clicking on the caption below the picture of my booklet above which will bring my booklet up on your screen. It is free, easy and quick to read, and I believe you will agree that it is worth your time.
Thank you! 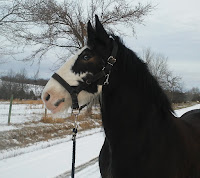